A registered Homeopath with degree in psychology and counselling training, Sue’s interest in astrology spans over 40 years. One of the most experienced practitioners of astrology in the UK, she has seen literally thousands of clients since gaining her Diploma in 1981. 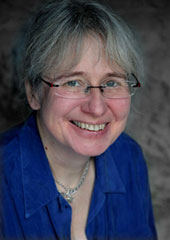 Renowned for her down-to-earth, lively and humorous presentations, her teaching experience at all levels (beginners to post-graduate supervision) is also extensive. It includes Local Authority Education and nineteen years with the Faculty of Astrological Studies (FAS) for whom she was Director of Schools (1986-2000) and responsible for all aspects of its ‘live’ teaching school. In 2000, she was awarded a fellowship by FAS in recognition of her work in this role. In 2000 Sue co-founded her own school; the London School of Astrology (LSA) but sold the school on in 2004. She has given seminars and spoke at conferences in Norway, Sweden, Finland, France, the Netherlands, Canada, USA, New Zealand, Australia, Japan and in China where she teaches both astrology and homeopathy regularly for Nodoor (the oldest and largest school of western astrology based in Beijing) and astrology for the Academy of Astrology (AOA) based in Taiwan.

She has been the recipient of various awards; a fellowship from the Faculty of Astrological Studies in 2000 and in 2003, the Astrological Association of Great Britain awarded her the prestigious Charles Harvey Award for exceptional service to Astrology. The recipient of this once-in-a-lifetime award is decided each year by the major astrological organisations in the UK.

Publications: The Contemporary Astrologer’s Handbook (Flare Publications 2006) is also available in Chinese, Taiwanese and Czech. Her previous work, Aspects in Astrology (Rider) first appeared in 1989. Widely regarded as a classic it continues to be an international best-seller and is available in various languages. In a recent survey conducted by the Astrological Association (GB) where 130+ professional astrologers around the globe were asked to list their ten favourite astrology books, Aspects in Astrology came first! Sue regularly contributes articles to various Magazines and Journals at home and abroad.

If you are learning Astrology and interested in Forecasting, you may wish to view these films Sue has published on You Tube. Please watch the films in order as they follow on from each other:

Following a background in nursing, advice work, psychology and astrology, Sue completed her training in homeopathy at London’s College of Homeopathy in 1996 and is registered with the Society of Homeopaths (RSHom). She has a busy practise in London and has also practised homeopathy overseas and undergone additional training both in the UK and in India, notably with Rajan Sankaran and his team.

To learn more about Homeopathy click here. For fees or to make an appointment go to Consultations.